Here’s all you must know about the new iPhone 7 & iPhone 7 Plus: 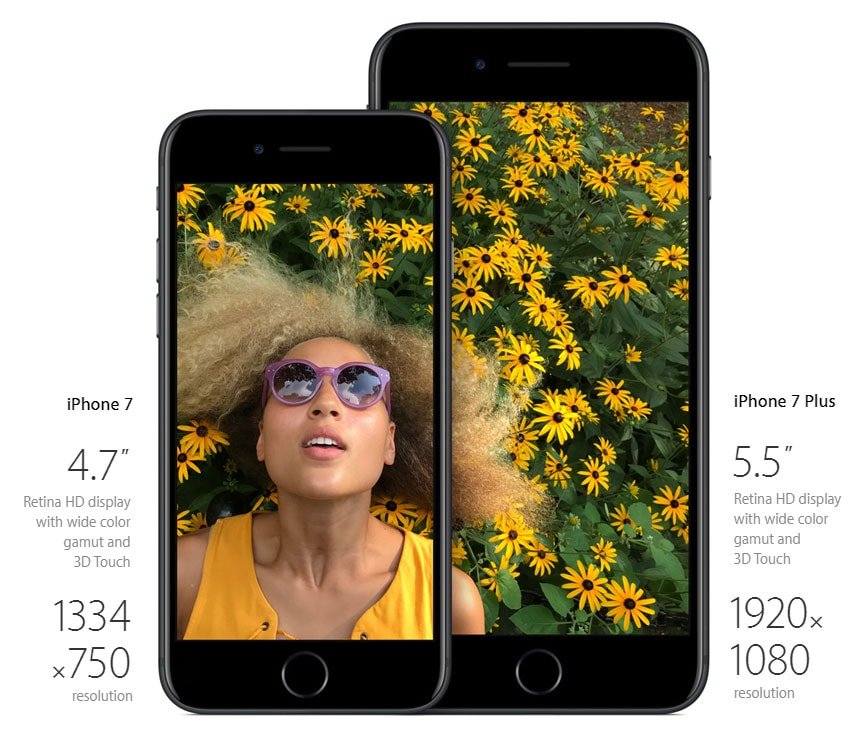 Both iPhones 7 and 7 Plus are similar in their looks.

The smaller iPhone 7 features a 4.7-inch Retina HD display, whereas the larger iPhone 7 Plus comes with a 5.5-inch display.

The phones’ bodies are made of aluminium and arrive in 5 colours – jet black (high-glossy), black (matte finish), rose gold, gold and silver. The new jet black colour will be exclusively provided on the 128GB and 256GB options.

Apple has made a salient design change, i.e. it has removed the plastic antenna lines from its two new devices’ back. Apple just attempted to redesign the back case.

Redesigning of the Home Button is done by Apple on the iPhone in order to make the device waterproof. This new Home button is designed to be responsive and durable. It gives more customisable and exact feedback.

Well, this is the most controversial thing till date that the new iPhone won’t come with a headphone socket.

The new iPhones will be shipped with a couple of wired headphones, which plug into the charging port on the device’s bottom and an adaptor also for users who want to continue their old headphones.

Apple has also introduced AirPods, a couple of wireless headphones, which are available to purchase for an extra £159. These can be connected with both Apple Watch 2 and the iPhone 7 with only a tap, as per Apple, and can be seamlessly switched between calls and entertainment. 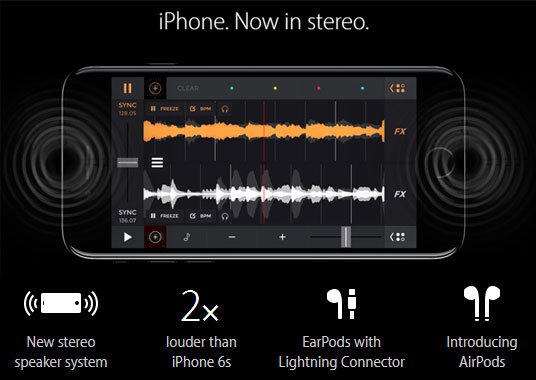 By replacing the old headphone jack, Apple has included a second speaker to give a better and louder sound for listening music.

The iPhone series 7 is featuring a new more efficient A10 chipset, which lets the device run up to 3 times faster than before.

The devices also feature a better graphic performance, thereby; it can support a new level of professional apps and games.

The storage capacity of all iPhones has also been doubled by Apple. So, the new iPhone comes in 32GB, 128GB and 256GB options, rather than 16GB, 64GB and 128GB options.

Both iPhones arrive with upgraded cameras.

The new iPhone features a 12MP rear camera with four LED flashlights. The 7 Plus features an extra telephoto camera along with its 12MP camera which provides optical zoom in 2 times and digital zoom up to 10 times for photos. 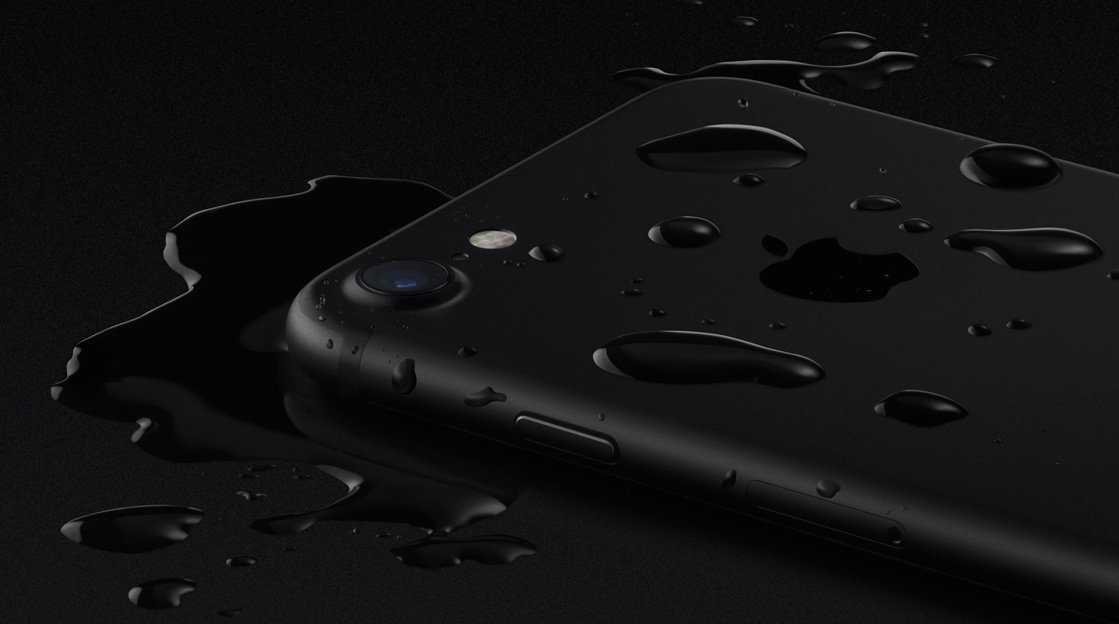 Both iPhone devices feature have an IP67 rating. It means that the devices are completely protected against dust and water.

In recent years, Apple has improved the water-resistance feature of the iPhones; however, for the first time, it has unveiled a waterproof smartphone.

So, you must be really excited and waiting for its sale, aren’t you? Pre-order iPhone 7 or iPhone 7 Plus and share us your feedback after you make your purchase.