According to the reports, Alcatel OneTouch has unveiled a new smartphone based on the Windows 10 OS, the Fierce XL. However, this operating system might be something over stated for a device that gets processing power from a Snapdragon 210 chipset but it’s true.

Alcatel OneTouch Fierce XL comes with a 5.5 inch display and 720 pixels resolution which is again protected by Dragontrail Glass. This Snapdragon chip packs a quad core processor with Cortex A7 architecture clocked at 1.1 GHz speed. It has been provided by 2GB RAM and an internal storage of 16GB which can be expanded further with micro SD card. 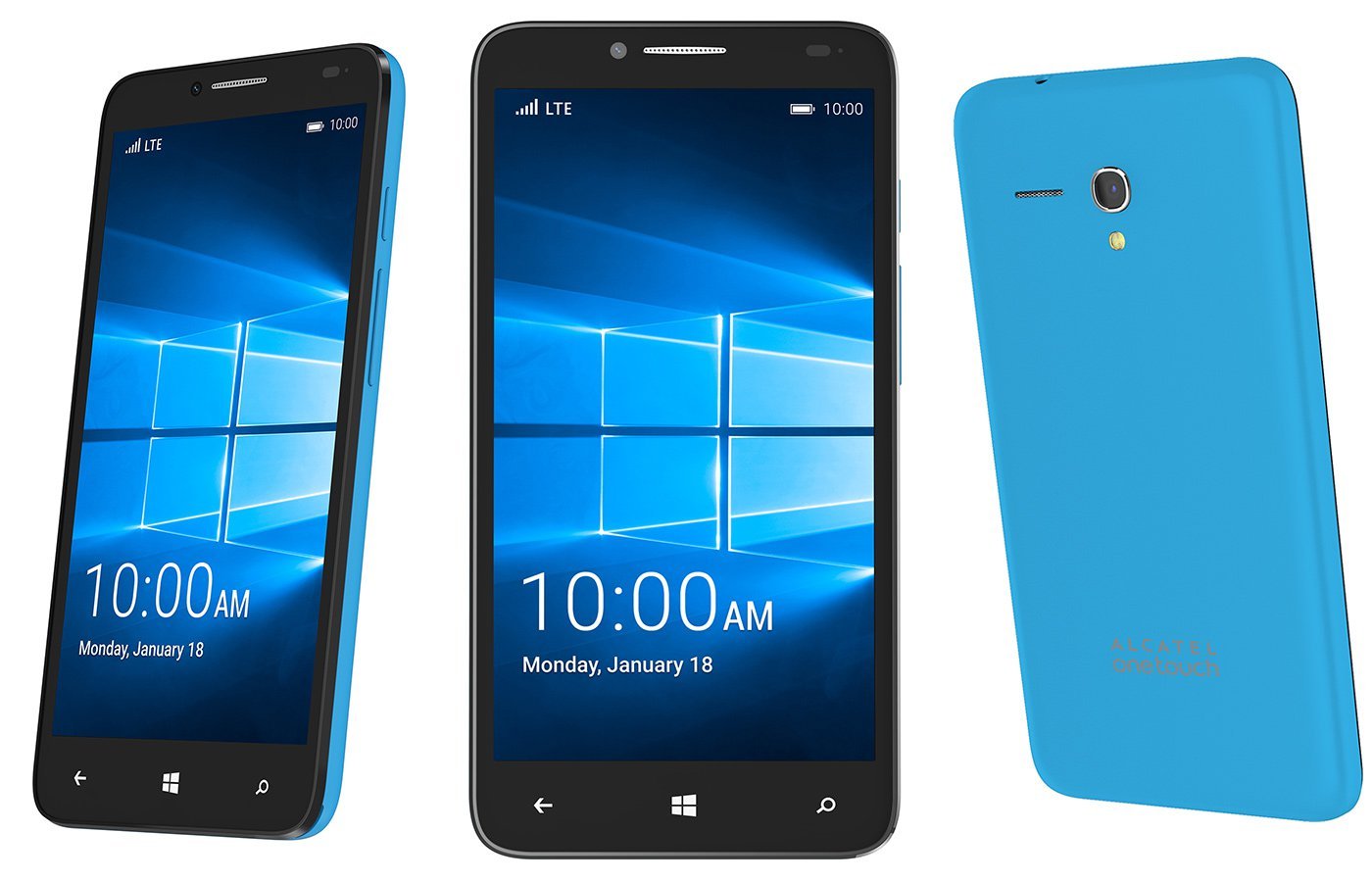 It has an 8MP camera at the back of the phone with an LED flash to enable it to click high quality pictures even in low light conditions. This camera can capture videos at 720 pixels resolution. The front facing camera of this handset is 2MP. Alcatel’s phone measures 151.9 x 77.8 x 9.4 mm and weighs about 174 grams.

The manufacturer has built this smartphone using plastic and has provided it with 2,500 mAh battery. It is really good for 14 hours call and takes just 3 hour charging time. Alcatel’s Fierce XL has all basic connectivity needs covered such as 2G quad band, triple band 3G, Cat.4 LTE over three bands. This phone also has Wi-Fi 802.11 b/g/n, GPS and Bluetooth 4.1. As per reports, this handset will be available in Light Blue color only starting later this month.