Yesterday, Huawei launched its Honor 5X handset officially in Europe and the phone can be purchased from the official online store of the company in Germany, UK, Italy, France, Belgium, Spain, Switzerland, Netherlands and Portugal.

During the launch event for the event, another device is revealed by the Chinese maker that is expected to get unveiled soon for Europe, i.e. Honor 7 Premium Edition. However, the manufacturer does not reveal anything about the specifications for this upcoming smartphone. But its expected to get an internal storage of 32GB and will come in a retail box with a 9v/2A fast charger. 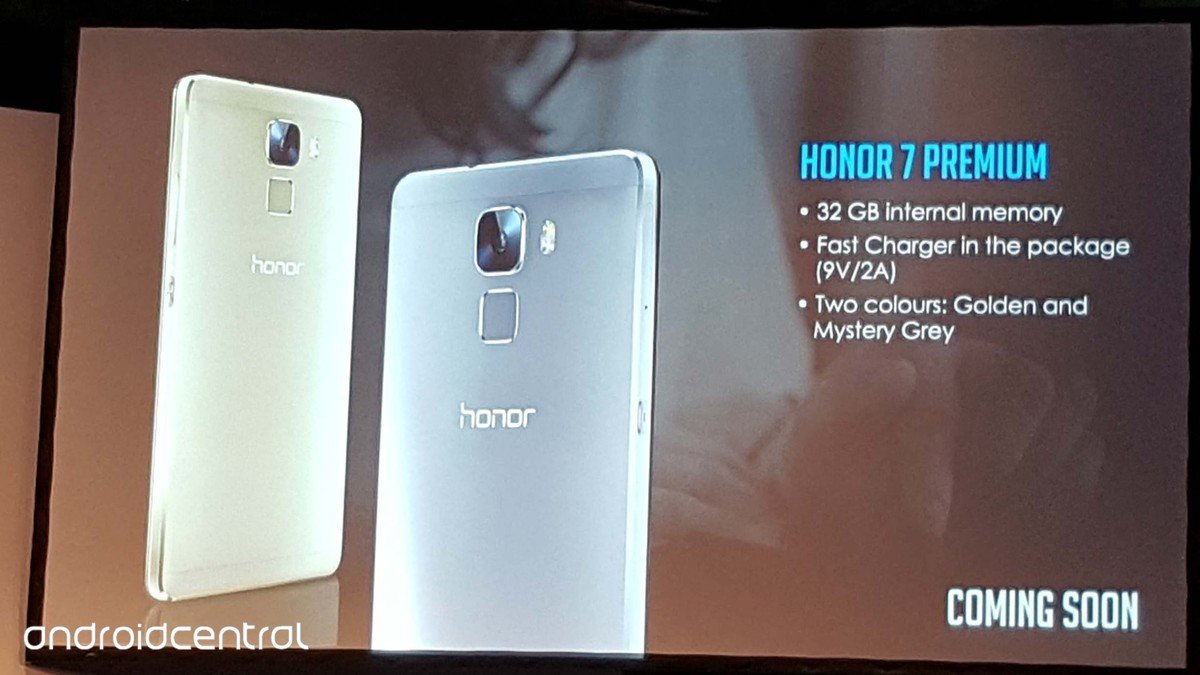 It is also suggested by Huawei that most of the specs on this upcoming phone will be similar to those available on the regular Honor 7 handset. It will get a 5.2 inch display with 1080 pixels resolution and will get a metal body. Huawei is expected to power it by a Kirin 935 chip and 3GB RAM for faster processing speed. There is a 20MP rear snapper and an 8MP front facing camera for better selfie picture quality. It has a 3,100 mAh battery backup with fast charging.

You will be able to find some more specifications about the Honor 7 Premium Edition from its database listing. As per reports, this phone will come in Europe with Gold and Mystery Grey color options. The price and availability date for this handset are yet to be announced by the manufacturer.