Samsung Galaxy S7 and S7 Edge are finally unveiled at the MWC event in Barcelona and now got pricing in Europe which is as follows:

Amazon Germany has listed both these handsets in black, white and gold color options. Samsung S7 costs €700 for the Galaxy S7 32GB model, which is expected to ship by 11th March. The S7 Edge is available with Amazon Germany for €800. This phone is available for almost similar pricing with MediaMarkt.

Some users will be disappointed with Amazon not listing the Gear VR device. So, you might wish to pre-order it from the official website of the Korean giant, which will provide you with a free Gear VR headset. 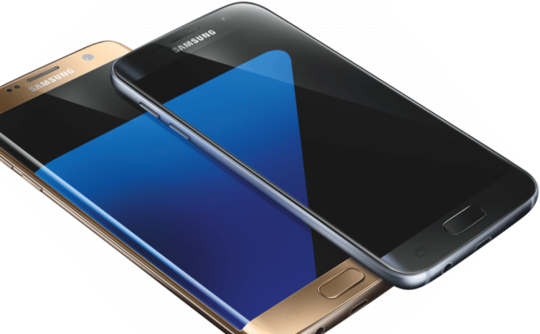 Samsung’s Galaxy S7 is available with MediMarkt for €720, while the S7 Edge is available for €820. Both these phones are also listed with Movil Spain but there is no pricing details available yet.

In Italy, the price for Samsung’s Galaxy S7 and S7 Edge phones is slightly higher i.e. €730 and €830 respectively. All these prices are for the 32GB models of this smartphone and we are not currently getting the 64GB variants.

Samsung’s S7 and S7 Edge are available in Finland for €750 and €850. However, if you pre-order these handsets then you will also get a free Gear VR headset which is normally priced at €150.

Samsung has priced the S7 phone in Netherlands for €700 off contract, which started from €37 a month. The S7 Edge smartphone of the Korean giant can be availed for €800 off and €41 per month on contract. It also brings you a free Gear VR in Netherlands if you pre-order these phones.

Samsung S7 is available in Switzerland with MediaMarkt for CHF 720, while the S7 Edge is available for CHF 820. You can also get these phones on pre-order and it will also bring you the Gear VR for free.

Samsung Galaxy S7 can be availed in Romania for €700 off contract and €350 upfront with contract. The S7 Edge on the other hand is available for €800 off and €440 upfront on contract.

Samsung S7 can be purchased in Poland for PLN 3199 while the S7 Edge is available for purchase for PLN 3599.

The Galaxy S7 is available in Estonia for €720 and Galaxy S7 Edge can be purchased at €800. If you pre-order both these smartphone then you will also get Gear VR for free.