Apple has plans to roll out a new 4 inch iPhone, which will be a successor to the iPhone 5S handset of the company. We are coming closer to the date when the Cupertino’s giant will roll this phone out. Apple’s iPhone 5S was a big success and the giant generated from its sales that its fans are more inclined towards smaller screens than the bigger size handsets. 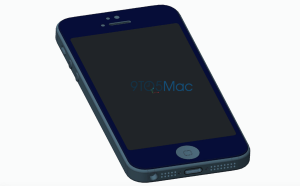 As per the reports, a few early schematic diagrams for this smartphone are leaked via a case maker. These leaked diagrams show similar dimensions to the iPhone 5 and iPhone 5S, only the power button is re-positioned. Apple has moved the power button on the upcoming iPhone 5se handset from the top edge to the right upper edge of the body, which is just opposite to the volume keys and physical notification switch.

According to the opinions of the customers, the 4.7 inch display will be more difficult to reach to all the corners of the display. For this reason, it becomes quite difficult to double tap on the home button to bring the user interface elements halfway down to the screen of this handset.

From the diagram, a subtle curvature is also revealed around the device while on the other hand the edges are still flat. The seams between the body and the glass have been curved just like the iPhone 6 handset from the Cupertino’s giant.

As per reports, the upcoming iPhone 5se device will be revealed at an event to be held on 15th March this year. This smartphone will carry the internals of iPhone 6S, live photos, an improved camera and NFC connectivity for making mobile payments. It will be released in a new Rose Gold color option for the customers and will have an internal storage of 16/64 GB. The reports suggest that the new iPhone 5se will carry a price tag similar to the iPhone 5S.