According to the latest report of market analyst company IHS, Samsung’s Galaxy S7 parts brought the Korean giant a total cost of $255. This cost is referred to as the bill of materials. As per source, this calculated cost is $1 less than the bill of materials of the Galaxy S5 recorded two years ago.

It is reported by IHS that the most expensive part of the newly launched Galaxy S7 phone is its powerful Snapdragon 820 chipset. This chipset is built by Qualcomm and has an estimated cost of $62. This is the chipset being released for this smartphone in US. While on the other hand, the international variant will get Exynos 8890 octa core processor which is built by the Samsung itself. 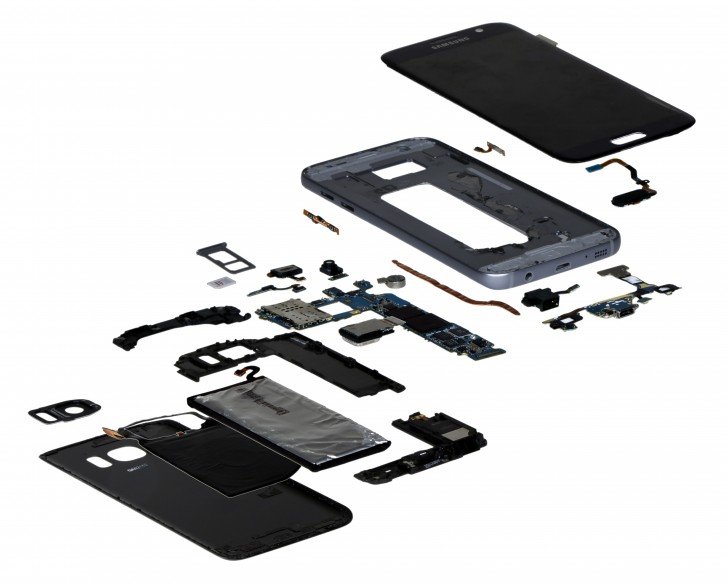 Samsung S7 is provided with a 12MP dual pixel camera, which costs nearly $14. On the other hand, the overall assembly of this handset comes to the Korean giant at $5. It is reported that the bill of materials for this newly launched phone doesn’t include cost of software development, marketing, distribution, or R&D.

As per iFixit, which was reported to say that Samsung phones have become more difficult to repair, the Galaxy S7 and Galaxy S7 edge got a score of 3/10. When compared to the predecessors, the Galaxy S6 got a score of 4/10, Samsung’s S5 scored 5/10 and the hyper glazed Galaxy S4 scored. These scores show that the Galaxy S4 was more easily repairable in comparison to other phone from the Korean giant.