Samsung has recently confirmed the launch of Samsung Galaxy A8, a mid-range smartphone which boasts of dual selfie cameras. You can read more about the Galaxy A8 in the review below.

Samsung has traditionally passed down various improvements seen in its flagship Galaxy S series to the mid-range ‘A’ series in the next year. However, a little sooner than expected, the makers have confirmed the Infinity Display-toting Galaxy A8. Launched in December 2017, the Samsung Galaxy A8 will be available from April in the UK. You can even choose from three colours- gold, orchid grey and black. 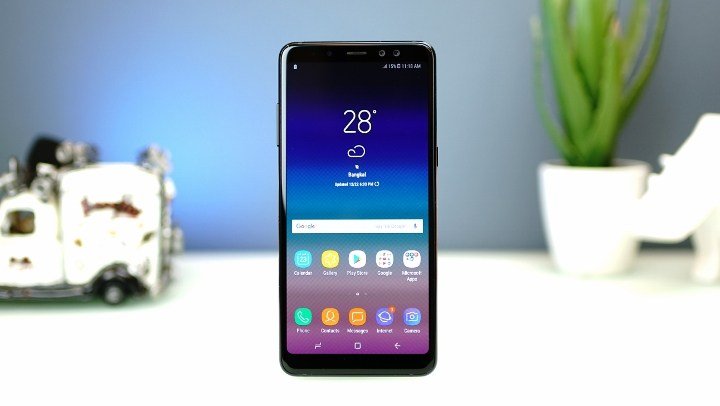 Samsung Galaxy A8 sees several upgrades, brought in with the Galaxy S8. The smartphone comes with a 6-inches touchscreen display along with a resolution of 1080×2220 pixels. The Samsung Galaxy A8 is powered by 1.6GHz octa-core processor and comes with 32GB internal storage which can be expanded up to 256GB with a microSD card.

The device comes with a 16MP primary camera in its rear. For selfie lovers, there is a 16MP megapixel front shooter too. It even has fingerprint scanner and offers a great battery backup of 3500mAh. However, the device does not feature The Galaxy S8’s dedicated Bixby button.

How Much Does The Device Cost?
The makers have not yet confirmed the UK pricing. However, experts expect that the Galaxy A8 will be priced around £499 RPP of the Samsung Galaxy A7, launched in 2017.

Keep reading to stay tuned with more updates! Checkout deals for Galaxy A5 2017