There are rumors flushing that Apple is expected to unveil a new iPhone model in the month of March, with a new iPad and MacBook. However, the fans are not believing these rumors to be true but the recent reports might help you in understanding why the possibility for the reports to be true is more than real.

As per the reports from Mixpanel, about 19% of the fans are still holding on the iPhone 5S device. On the other hand, the original iPhone 5 accounts for 8% sales while the cheaper iPhone 5C and iPhone 4S have 5.4% and 4.2% of the active users. 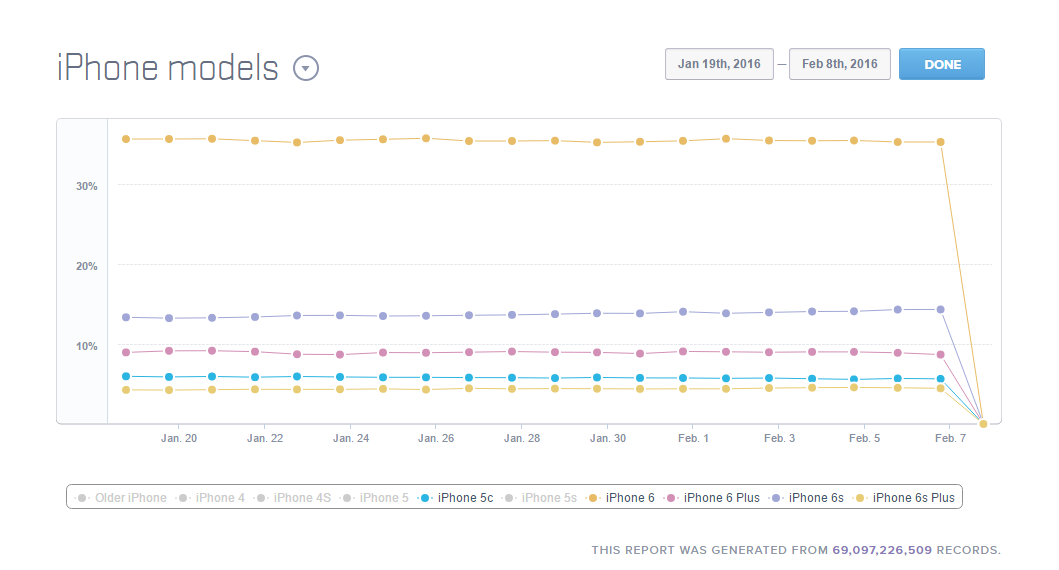 It is confirmed from these numbers that out of the total number of iPhone users, one-third are liking the 4 inches display. These are the users that don’t want to compromise their iPhone device for a bigger screen. On the other hand, if you look at the iPhone 4S and older 3.5 inches phones then we get 40% iPhone users who are not using a bigger screen.

We are sure that people should have their own reasons for not upgrading their iPhone handset but the most surprising is because of its bigger screen size. Many don’t want to upgrade to an Apple iPhone because the manufacturer is not presenting them with a device they want. We can also translate this number to a huge demand for the smaller iPhone devices. With this the recent reports revealing an iPhone 5se with a smaller screen make some sense.