Samsung’s phones have got more difficult to repair since it has introduced removable batteries and hyper glaze plastic material. The Galaxy S7 phone from the Korean giant got a score as low as 3/10 for user repairability.

On the other hand, the previous generation phones of the company such as Galaxy S6 scored 4/10, while the Galaxy S5 scored 5/10. The hyper glazed Galaxy S4 got a score of 8/10 which made it quite easily repairable. There smartphones have become more and more complex now and are quite harder to repair than earlier. 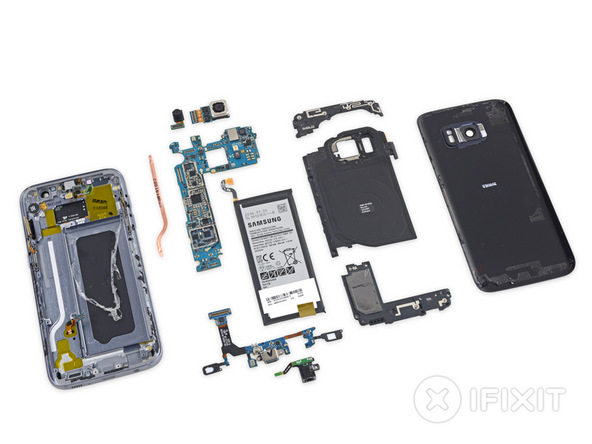 However, there is a good news that the components on the smartphones from Samsung can now be separated and these don’t stuck together to the middle frame like in the Galaxy S6 handset. However, there is a bad news as well that the only way to get access to the internals of Galaxy S7 is by removing the rear glass panel.

Now, heat is required to remove this adhesive which keeps the glass on the back. At this point of time, you should prefer buying an insurance plan for your smartphone as the screen can shatter anytime and the components are expected to fail.