Today, we have reviewed the best mini and compact phones available for you in 2016 such as Sony Xperia Z5 Compact, LG Spirit, Samsung Galaxy A3, Apple iPhone 6S, Motorola Moto E and Microsoft Lumia 435 etc. We were already expecting the size of the phones to get reduced in 2016. Also, voice control has become vital as the screens will be too small to poke. Today, smartphones have become quite bigger in size which is making it really difficult for the owners to hold them on their hand.

The phones have become as massive as they were in the 80’s and even a might iPhone has blown up in the size. Thus, the manufacturers are almost obliged to introduce new “mini” and “compact” versions of their mobile phones for the users who demand for a compact handset. Here is the list of some of the best mini phones released by the manufacturers in 2015.

Sony Xperia Z5 Compact:
Sony Xperia Z5 Compact is a 4.6 inch phone which packs a 23MP rear snapper and comes with a water resistant design. This handset is powered by a Snapdragon 810 chip and doesn’t compromise on the specs and aesthetics that make this smartphone the best mini mobile. 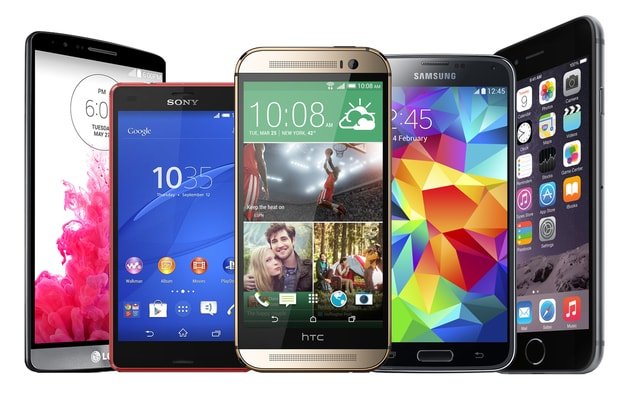 Apple iPhone 6S:
Apple’s iPhone might have grown in size in the past year but the phone still pack a little smaller display at 4.7 inches. Its slim and light design makes it easy to carry this handset in your shorts. Also, this handset has been provided by premium specifications such as a sharp Retina screen supporting Apple’s 3D Touch technology. There is a 12 MP rear snapper for clicking better quality pictures even in low light conditions.

LG Spirit:
If your pocket doesn’t allow you to go for an Apple iPhone or Sony Xperia Z5 Compact device then just check out this affordable mini handset from the Korean giant. It is a 4.7 inch smartphone with some unique features which are best for a budget person. These features include a comfortable rear mounted controls and Knock Code security. This smartphone has an 8MP rear snapper which has a sharp screen resolution which is best to satisfy the movie fans.

Samsung Galaxy A3:
Samsung Galaxy A3 is a 4.5 inch phone which falls in the mid-range lineup of the Korean giant. It feels and looks premium and has a strong set of features. There is an excellent battery life with the best standby and back which lasts for long hours. This gorgeous mid ranger is made for the ones who can’t afford a Galaxy S6 or iPhone device but want to enjoy the premium features.

Motorola Moto E (2015):
Motorola Moto E is an updated version of the maker’s cheap mini mobile devices. It is loaded with some great features and comes to the customers for about £100. This smartphone has a 4G support and comes with customizable cases. It has Android Lollipop software but the camera is very basic. However, the Motorola’s Moto E is a very strong all round compact smartphone.

Microsoft Lumia 435:
Microsoft’s Lumia 435 comes to you at just £40. It packs a 4 inch display and is the smallest mini mobile in this round up and is yet compact, lightweight frame. This smartphone from Microsoft comes packed in a plenty of appealing features such as dual camera and two day battery life.