A few hours ago, HTC made an announcement that it will not launch its next flagship phone at MWC event in February but at another dedicated event to be held in March. Now, this has been confirmed by another rumor as well. Although this source has also leaked some accurate information about HTC in the past, but still we should not trust them blindly and make sure to keep it as a grain of salt.

HTC’s new M10 handset will run on the latest Android 6.0 Marshmallow with its Sense 8.0 UI. This handset is said to come with two new hardware versions and two chipsets powering it. According to the rumors, we can see a Qualcomm Snapdragon 820 chipset in US and Europe, while in China and South East Asia HTC’s phone might come packed with a MediaTek SoC chip. 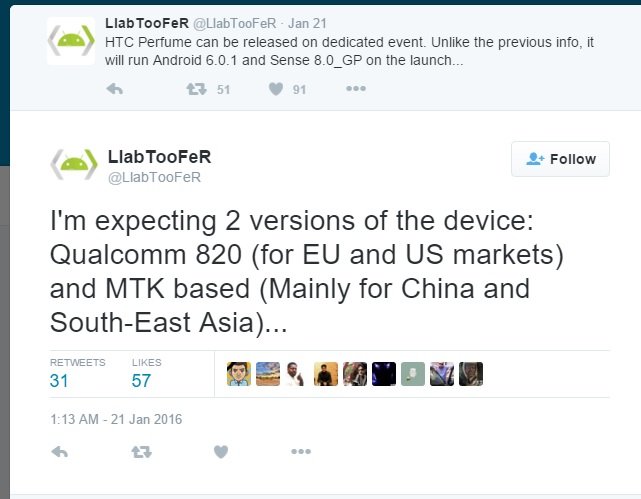 However, its March unveiling will explain it well that what will come packed in this smartphone from the Taiwanese giant. Until then, all we have is to make assumptions on the basis of leaks and rumors about the M10 phone. But we are expecting to hear something more on this smartphone in the coming weeks.

HTC was also rumored to manufacture two new Nexus devices for Google in 2016. If it’s true, then this year definitely has much in its account to deliver to the customers.