Samsung’s Galaxy S7 is the highly anticipated currently and the reports now reveal that this handset will be rolled out in Europe on 11th March. The information came out as the courtesy of a reliable leakster @ShaiMizrachi, who had been the source of the leaks for this smartphone in the past as well. The leakster has posted an image in his twitter account that shows a calendar with 11th March date highlighted and sets it as an important date for the European release of the S7 phone. 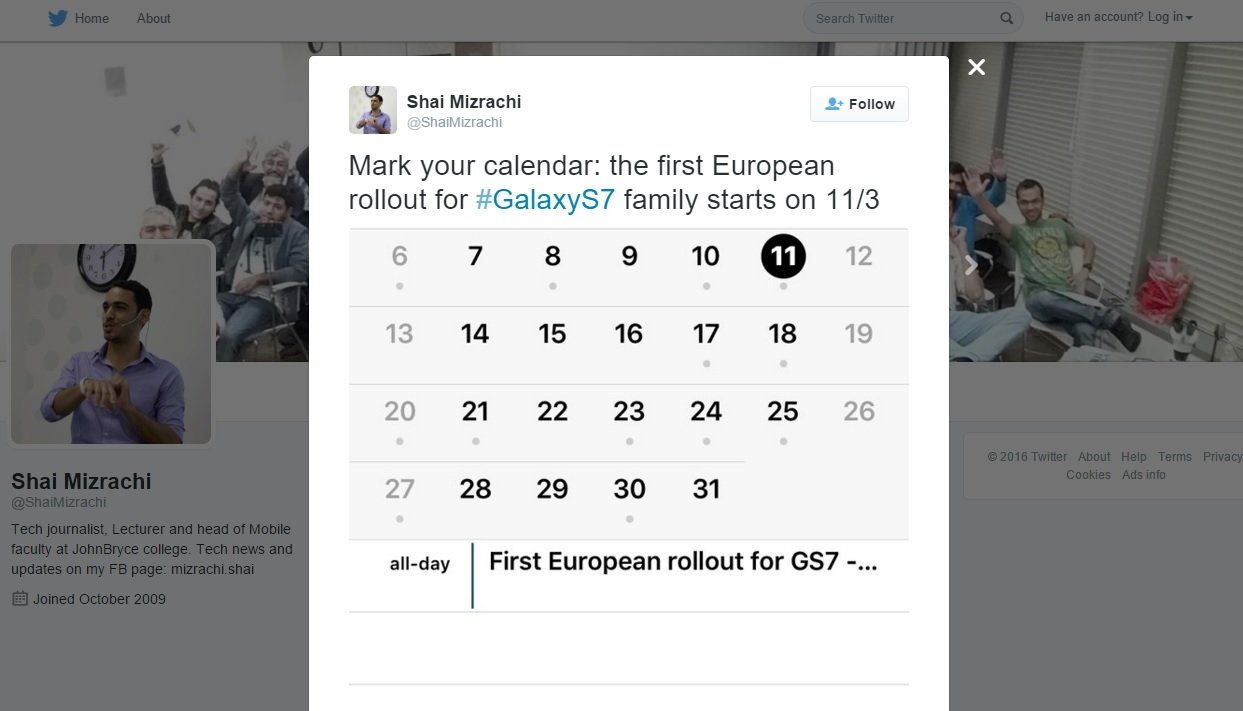 According to the previous leaks, this date is also set for the global roll out for this new flagship phone of the Korean giant. It was revealed last week by the leakster @evleaks that the same date is also set for the US launch of this handset. Also, we should not forget that the leaked China Mobile slide also revealed last month that this handset will be launched in Asian countries by March.

Since, not even a month is left for this smartphone to get an official announcement from the maker. We are finding it as the subject of a lot of rumors these days. Samsung has revealed that it will announce its upcoming flagship phone, Galaxy S7, at the Mobile World Congress (MWC), set for next month i.e. 22nd February to 25th February.