Samsung Galaxy S7 is to be unveiled on 21st February this month before the MWC event. A few hours ago we got the first purposed live leaks for this phone. Now, there are reports that the Galaxy S7 Edge is also getting some live images leaked out. Samsung’s upcoming flagship phone will come with a curved display and the images show it against the AnTuTu benchmarks.

This benchmark run is available in the AnTuTu database, which confirms the reliability of this leak. But we can’t rely on it completely as this could also be the work of photoshop as well. However, if this is real then the S7 Edge smartphone will get a model number SM-G935 (followed by another number or a letter depending on which area this smartphone is to be sold out). 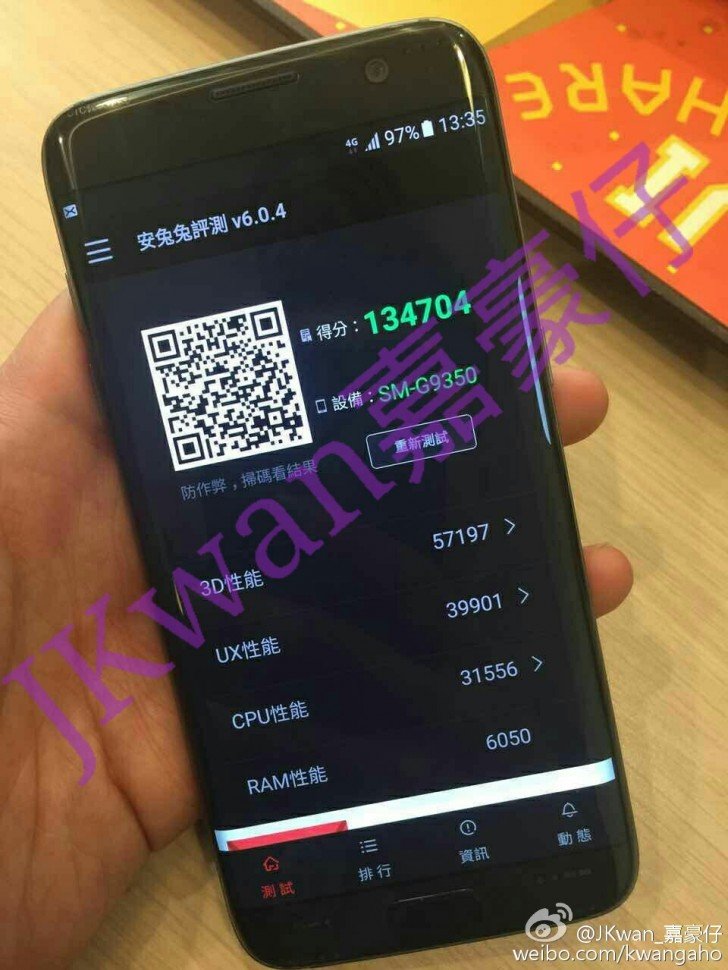 As per the reports, the Galaxy S7 Edge handset will pack a 5.5 inch QHD AMOLED Touchscreen display. It will be powered by an Exynos 8890 chip or Snapdragon 820 chip with a 4GB RAM. There is a 12MP rear snapper with f/1.7 aperture and has a 5 or 8MP front facing camera for clicking selfie images. Samsung will provide this handset with a 32 or 64GB internal storage and a microSD card slot for further expansion of storage.

It will get a 3,600 mAh battery and will runs on the latest Android 6.0 Marshmallow with Samsung’s TouchWiz user interface on top. One of its differentiating features is Always on Display.