Samsung has scheduled the unveiling of its Galaxy S7 and S7 Edge handsets on 21st February at the MWC event. The phone has been subject of rumors several times and we already know a lot about the specifications to come packed in it. However, there is currently no information on the exact price these smartphones will carry.

As per a new rumour, the S7 phone will carry a price tag of €700, while on the other hand the S7 Edge smartphone will come to you at €800. As per reports, the said prices will be carried out by the Exynos variants of the S7 phone. We already know that the flagship phones will be powered by the Snapdragon 820 or Exynos 8890 SoC depending on the region of their launch. 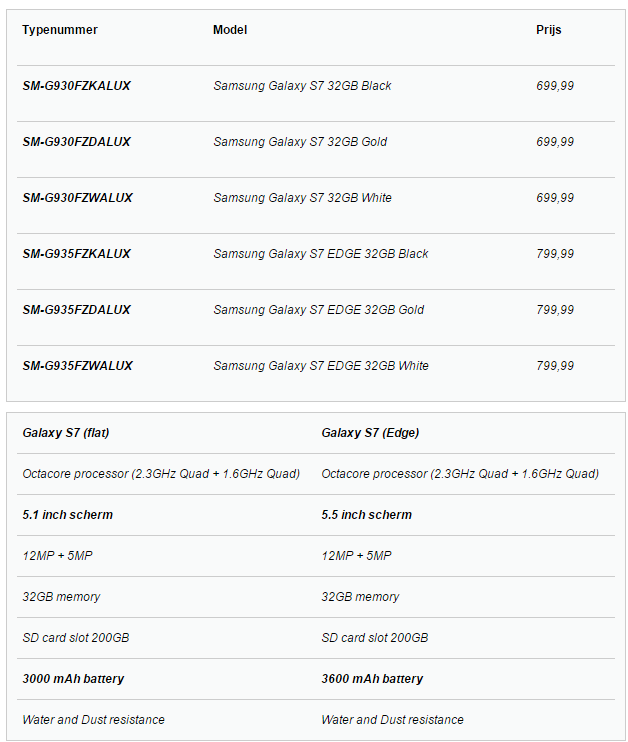 This handset will get a 32GB internal storage capacity and the users will also get the option to expand the memory using microSD card slot. As per the previous rumors, this smartphone will go on sale in both the US and Europe on 11th March.