Samsung is expected to unveil its next generation flagship phone, Galaxy S7, at the MWC event on 21st February. We have already been hearing rumors about the Always On display on the upcoming flagship phone of the Korean giant. And there has been some credible information as well. 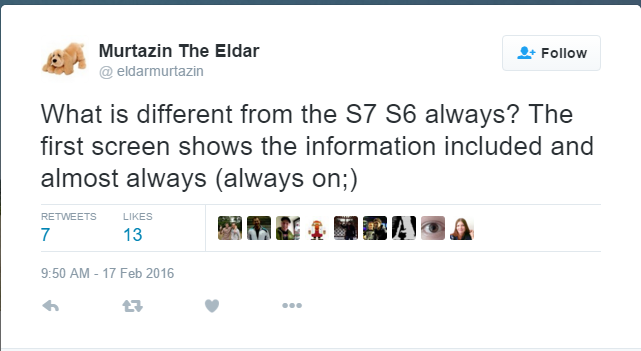 Now, there is some new information from a Russian tech blogger Eldar Murtazin who is confirmed the same. This tech blogger has a decent record when it comes to the smartphone leaks, so we can believe this information revealed to be true.

So, we can say that this upcoming phone of the Korean giant will get Always On Display feature, which is already confirmed for the soon to be released LG G5 phone.