LG and Samsung have just announced their flagship phones on 21st February at the MWC event 2016. As we know, Samsung Galaxy S7 and LG’s G5 compete in the same market segment, so as a result LG decided to launch its flagship before its rival to score more sales.

The Jordian branch of LG recently posted a photo on twitter. In this photo, the manufacturer is flaunting its new flagship phone are the best use of the number 7. Here, the Korean giant is actually referring to the seven LG G5 accessories in the “Friends series”. This photo is paired with a text punch line reading, “Think not what your phone does, but what you can do with it”. 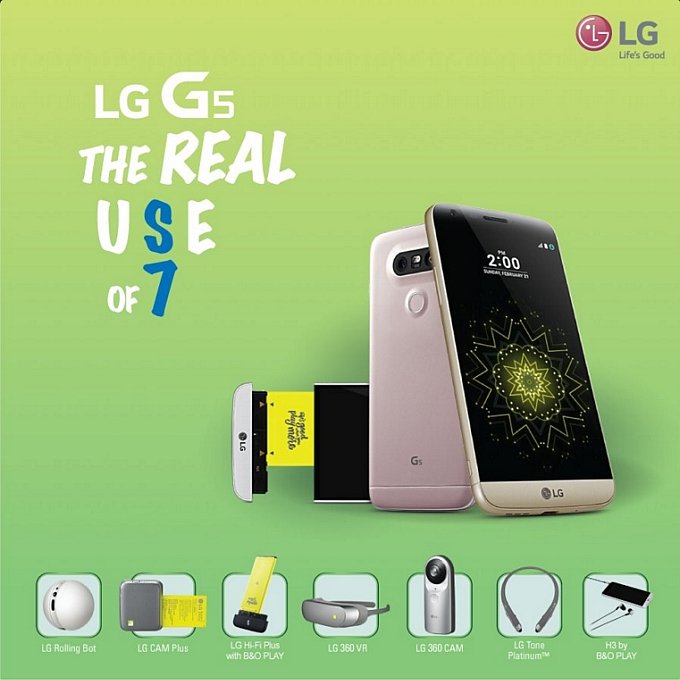 However, this advertisement is not yet live but it gives us a clear sign that LG is positioning G5 as a direct competitor to the Galaxy S7 phone. Both these phones are similar to each other in a number of ways. There is a similar Qualcomm Snapdragon 820 chip which is paired with 4GB RAM. Both these smartphones sport QHD “Always On Display” and are packed in a metal body.

With these similarities, it makes sense for the Korean giant to accelerate marketing of G5 handset on “Friends accessories”, which makes this smartphone unique in comparison to the Galaxy S7.