Oppo revealed through a teaser earlier today that it’s getting ready to announce their R9 phones, which will possibly the successor to the R7 duo handset from the manufacturer. However, there is still no information on when will this new device be announced exactly.

As per reports, the Chinese manufacturer has marketed a large number of advertisements all over the bus stations and subways in China. This advertisement looks like as shown in the image posted below: 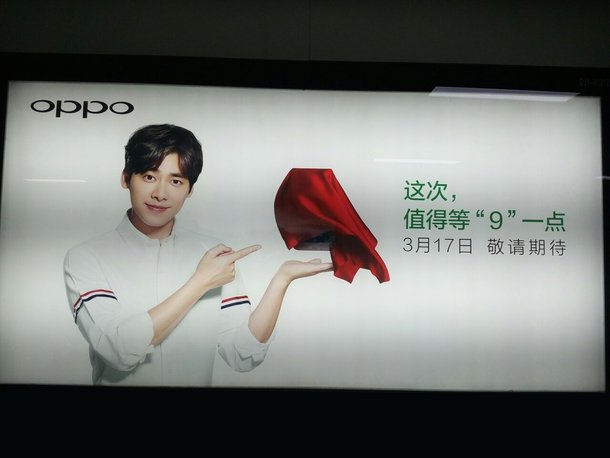 This ad shows that the manufacturer will hold an event on 17th March, during which the Chinese giant is expected to launch a smartphone which has 9 in its name. So, we can assume that this date is set for the launch of Oppo’s R9.

Oppo R9 is rumored to sport high-end specifications and will be marketed as the Oppo’s top camera phone. It will also include support for the recently launched Super VOOC fast charging of the company. This smartphone will be featured with a 6 inch QHD Touchscreen display with high quality resolution. There will be 12MP primary camera and 13MP selfie camera for clicking better quality images in low light conditions. 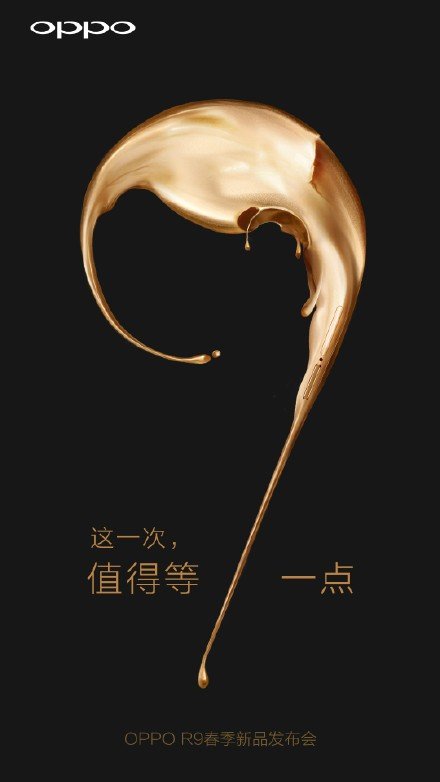 It will be powered by a Qualcomm Snadragon 820 chipset and will get 3 or 4GB RAM for faster processing. There is an expandable storage capacity of 64GB and 3,700 mAh battery. It runs on the latest Android 6.0 Marshmallow operating system and will look almost identical to the iPhone 6S Plus from Apple.