It seems that we will not see a Windows logo on a HTC smartphone ever again or either anytime soon. The HTC One M8 for Windows released back in the year 2014 was basically a Windows Phone running version of the Android One M8 phone. So, when there were rumors that HTC’s upcoming flagship will get a Windows 10 model, some people thought that the company will pull the same stunt with this phone as well, just like it did with the One M8 in the past. 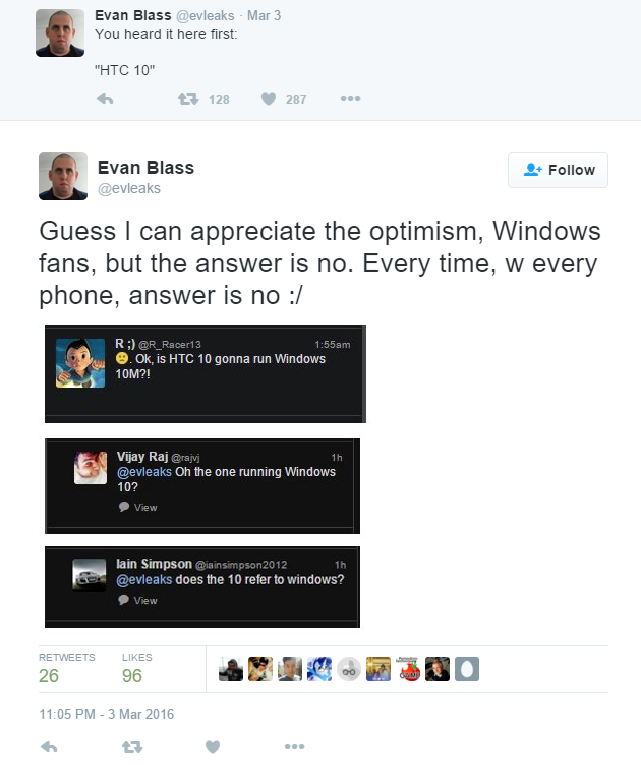 Although the One M9 did not get a Windows Phone variant but still there were some expectations from the One M10 to come running Windows 10 as well. According to the latest rumors, this upcoming Windows phone model of the Taiwanese giant was to be called HTC 10 and not HTC One M10 anymore. But now there are some leaks from @evleaks, Evan Blass, stating that this smartphone will not get an iteration of the HTC 10 running Windows 10 mobile.

So, we can say that the Taiwanese giant will stay with the Android operating system for its high-end smartphone, at least this year. On the other hand, if you are looking for a high-end Windows powered phone then you can go for the smartphone from some other manufacturers who recently announced their flagship phones at the MWC event.