We already know that HTC 10 will be announced on 12th April but now a new leak also gives us an idea about when will this phone go on sale. As per the reports, this device will be released on 15th April in the home country of the Taiwanese giant.
This smartphone will get a design pattern almost similar to the One A9 phone from HTC. It was earlier expected to be announced at the MWC event in Barcelona, where most of the flagship phones have already been unveiled. But then HTC was as usual late with the dates and rumors set an official announcement for March end. However, this date was also delayed to 11th April and now finally 12th April is set as the date for the official announcement of this smartphone. 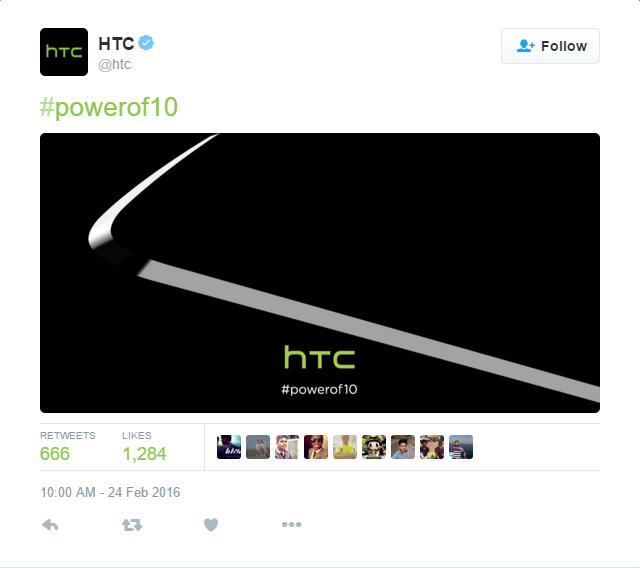 There are some new rumors claiming that this smartphone will come to stores starting 15th April. However, there are still no details on the pricing of this handset. These reports seem true as with the launch of the One M8 phone, the Taiwanese giant managed to start selling it on Verizon the very same day it was announced.

Since, we got the leaked picture showing #powerof10 this company has been under the leak spree. The most current information leaked by the manufacturer suggests that this phone will come with in-house BoomSound Audio technology. Also, we don’t have any clue on whether this smartphone will sport dual firing speakers or not.

HTC’s 10 will get a 5.15 inch QHD Super LCD 5 display with better quality viewing angles. This handset comes powered by Qualcomm Snapdragon 820 chipset and 4GB RAM. There is a 12 MP UltraPixel snapper, which will be very compelling.