Apple’s iPhone 7 is set to get released by autumn 2016, with this all eyes are put on this upcoming flagship device of the Cupertino’s giant. This handset is surfaced by a lot of rumors currently but nothing can be said until anything is confirmed officially by the manufacturer. Today, we have brought a list of some new features that can be expected to come packed with this smartphone.

The iPhone 7 will get an all new design:

Apple already has big plans to refresh the design of the iPhone completely this year, just as it did with the iPhone 4, iPhone 5 and iPhone 6 handsets. There are rumors that suggest that the Cupertino’s giant is looking forward for an all metal design. Apple’s upcoming flagship phone will be much thinner than the current iPhone 6S which is about 7.1 mm thinner.

There are some words in the market that Jony Ive and his team are looking forward at the edge to edge displays for their new phones. Some analysts are even claiming that the home button on the iPhone will form the part of the screen rather than being mechanical and physical button. 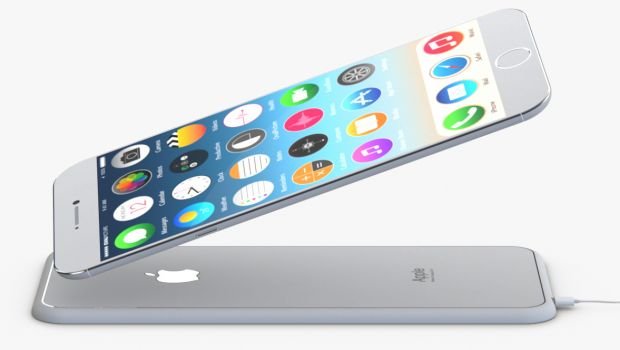 Apple iPhone 7 will not get headphone jack anymore:

According to the reliable sources from Japan, who are familiar with the plans of Apple, the company is planning to slim down the iPhone 7 to ultra-thin proportions by removing the headphone jack. Instead, the headphones of the iPhone will be connected to the Lightning Charging port. Alternatively, the users can also connect wireless Bluetooth headphones to listen to the music and watch video. On the other hand, the reports that the manufacturer is planning something like this is in rumors since 2012, when Lightning connector was to launched first.

We know it well that Apple has always used the LCD screens for its smartphones but as Samsung has already adopted OLED sometime ago, it’s now high time to catch a similar screen type from this giant. LG and Samsung are currently looking for new OLED manufacturing equipment which makes somewhat clear that they have got a new order for the OLED screens. And rumors pointing towards Apple planning OLED display for its upcoming handset makes it almost confirmed. However, we should not take anything confirmed until its official announced by the Cupertino’s giant.

Apple iPhone 7 will be waterproof:

However, Apple never announced it but the previous versions of this handset, the iPhone 6s and iPhone 6S Plus are already waterproof. According to the reports, this upcoming smartphone has a rubberized gasket and waterproofing material to protect its internal components.

There are rumors that Apple will make the water resistant properties of the iPhone 7 as its major selling point just as Sony did with the Xperia Z phone. A new unearthed patent points towards Apple working on the technology that can pump water and other liquid out of the iPhone 7 speaker grills.

Apple iPhone 7 will be released in two sizes:

This upcoming smartphone will get a 4.7 inch model and a 5.5 inch iPhone 7 Plus variant. There are rumors reporting that the new 4 inch model dubbed either as the iPhone 6C or iPhone 7 Mini.

One thought on “Expectations from Apple for 2016: iPhone 7”