As we know, Apple is already using a Voice Memos app which is based on the “Idea for a Program” thought of Alan Partridge. But now it has released a music specific version called Music Memos for the music lovers amongst you. For example, if you wake up with a new creation in your head then just fire the app up and you can easily record the instrument in uncompressed audio.

According to the reports, this app detects the rhythm of piano and guitar, and then lays down the virtual drums and bass. This will make you judge how well your full arrangement has been made and its sound. Everything you record will be synchronized to the iCloud and can be accessed using GarageBand or Logic Pro X. 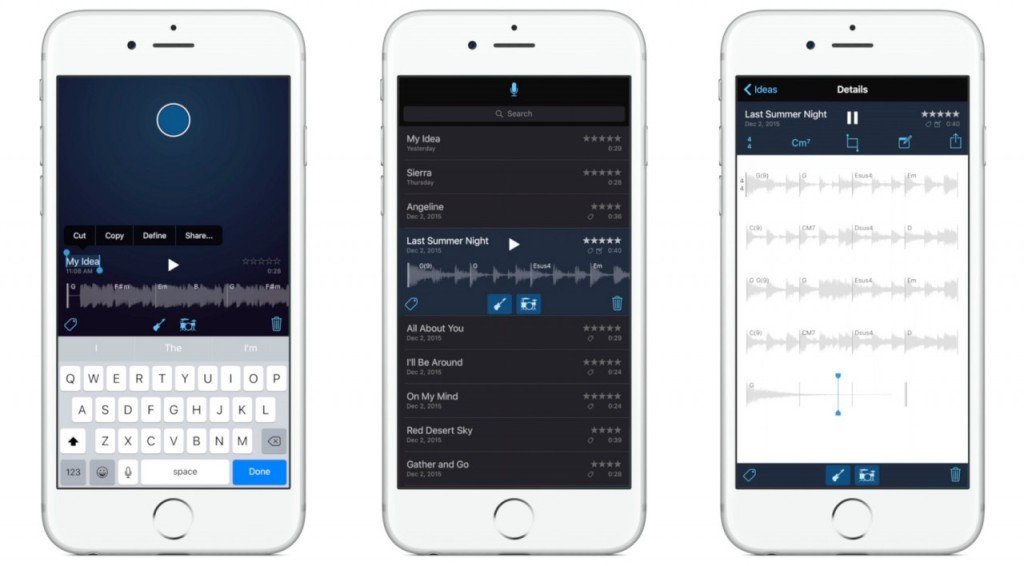 Music Memos iOS app, enables you to share songs created by you with your fans with the help of the Apple Music Connect account. So this way you will start getting some fans. For its better usage, Apple has also updated GarageBand and has added the virtual drummer from the Mac version. It’s tweaked for iPad Pro devices as well and is now supported by 3D Touch on Apple’s iPhone 6S and iPhone 6S Plus phone.

Now, the first iOS App Development center in Italy is announced by the Cupertino’s giant, where the students will be trained to develop the applications for this platform. According to the reports, Apple also has plans to open similar kind of institutes in some other countries as well, and they might come to British countries also.