Microsoft Lumia 850 was seen in a few 3D renders late last year but now there are images revealing the actual device expected. Previously, there was some uncertainty regarding the screen size of this handset but now as per the latest reports this handset will come with a 5.4 inch display. There is a front facing flash lying above and an iris scanner for Windows Hello. 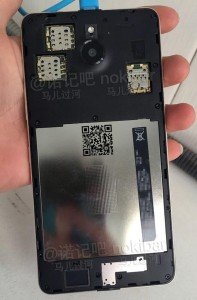 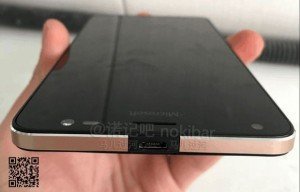 There will be a microUSB 2.0 port, which is confirmed to be 2.0 and not the new Type-C USB. This microUSB can be found on the top, while there is a 3.5 mm audio jack on the bottom. Microsoft Lumia 850 will come powered by a Snapdragon 617 chipset just like the HTC One A9 and Samsung Galaxy A5 phone.

According to the reports, Microsoft has been working on a bunch of mid-range and upper midrange smartphones such as Lumia 850 and Lumia 750. These handsets are rumored to complement the high-end Lumia 950 and Lumia 950 XL phones released by the manufacturer recently.

Now, there are reports that one of these new midrange Lumia phones are now certified by 3C in China. This phone has a model number RM 1182, however this doesn’t make it clear that whether it’s the Lumia 750 or Lumia 850. Anyways, the phone with the aforementioned model number is said to be powered by a Qualcomm Snapdragon 617 SoC chip with 1.5GHz clock speed and Cortex A53 CPU and Adreno 405 GPU along with the Cat.7 LTE support. This chip is the same that is used on One A9 by HTC.

According to the sources, this newly certified handset from Microsoft is headed to the China Unicom and will not get fast charging. This handset is manufactured by BYD. The past rumors revealed that the Lumia 750 will get 16GB expandable storage and 2GB RAM. It has a 5.4 inch Touchscreen display with 1080 pixels resolution. There will be a 10MP rear snapper for clicking better quality images using this handset.

This upcoming smartphone from Microsoft will become official at MWC event by next month.