The new updated version of Samsung A3 in the year 2017 is launched. Let’s check out the features of the sleek and edgy looks of the phone. The new update of Samsung is the A series ranging from A3, A5 to A7. The smallest of the lot is the A3 series which became the best seller in 2017.

Availability and Price
The price as declared by an e-commerce site is approximately 299 Euros. The phone can be bought via pre-order whereas Galaxy A5 and Galaxy A7 had a price tag of £399 and £499. Expectations are that this smartphone will make some deals with companies like Three and Vodafone. Those are contract phone deals with latest offers and schemes.

Design
The back of the phone has a shiny surface and it is available in various colours like black, Peach Cloud, Blue Mist, Gold Sand and Black Sky. The cons of a shiny surface are that the phone slips from hands and fingerprints get covered on it. The thickness is 7.9 mm with a battery backup of 2350mAh along with a fingerprint sensor. This is one of the newest features added to the smartphone. The battery is fixed with the phone and cannot be removed but the charging occurs faster than any models. The speaker is moved from bottom to right-hand side of the phone. It is also waterproof in nature and got the IP68 rating. 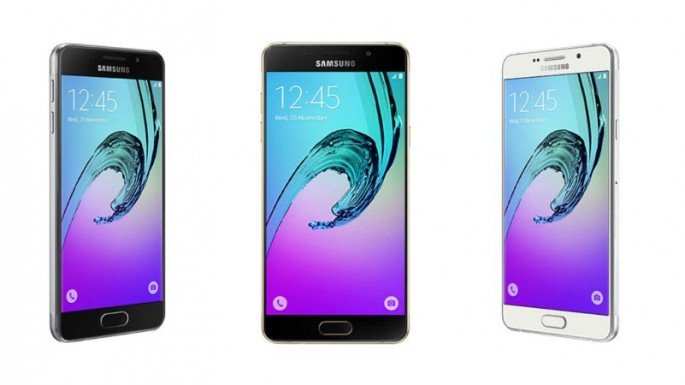 Screen, camera and software
The screen is satisfactory 4.7 inches with super AMOLED HD display. The camera quality is nice with a rear camera of 13 megapixel f/1.9 enabled with LED flash. Autofocus features are included. The front camera is 8megapixel f/1.9. The processor is Android 6.0.1 Marshmallow.

Hardware
The specifications of the hardware include 1.6GHz Exynos 7870 Octa-core processor with 2GB RAM and 16GB internal storage.

Conclusion
If looks are concerned, it stands out from all other phones under the flagship of Samsung. The fingerprint sensor and waterproofing aspects make it unique out of the lot.