Good news for Samsung smartphone lovers! The company is planning for launching its next flagship, i.e. a new Note smartphone with its Galaxy Note 5 now almost 1 year old. Reasonably, this forthcoming mobile phone must be called Galaxy Note 6, though rumours have it that the smartphone giant Samsung even call it Galaxy Note 7 – apparently in order to guarantee customers that the latest Note smartphone is from the similar Samsung phones’ generation as the Galaxy S7 family unveiled prior this year, and is not connected to the series of Galaxy S6 from the year 2015.

It was heard last month that the upcoming generation of Galaxy Note 6 (or Note 7) could be launched in the starting week of August. At present the report of Evan Blass, i.e. @evleaks says that the release event of the handset is almost just 2 months away. This implies that we must expect Samsung to declare the new Note smartphone officially in the very first week of the month August. Generally, it is already known by Evan Blass what he is speaking about, so people are enough confident regarding this. 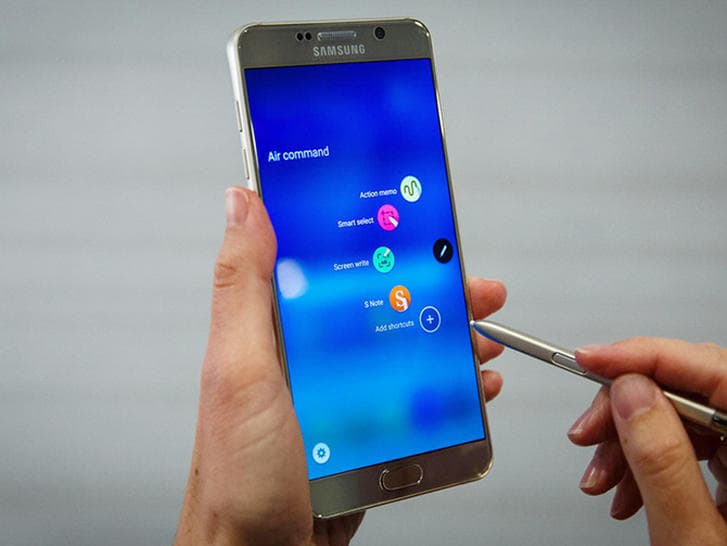 It is also mentioned by Evan Blass (aka @evleaks) that there will be just one new Galaxy Note smartphone being released in August, so it can be guessed that people won’t see a variant with a regular display and another one with a curved screen any more. If we go with the latest leaked descriptions, the upcoming Galaxy Note will come with curved edges on the front and back; therefore probably will be similar to the Galaxy S7 Edge handset to some extent.

Possibly, Galaxy Note 6/7 will come with a dual rear camera which is another interesting rumour. This camera will be similar to exactly the Apple’s iPhone 7 Plus. In fact, depending on the market, the next-gen Note could provide an Exynos 8890 or a Snapdragon 823 processor, up to 6 GB of RAM and a 5.8-inch Quad HD Super AMOLED screen. So, people must be excited for its launch which is going to happen on August first week.

You might wish to wait for Samsung to disclose its next best thing, if you still haven’t bought a Galaxy S7 Edge or a Galaxy S7. Well, the Galaxy Note 6 has already come through different rumours and some recent reports provide enough new information regarding this upcoming smartphone. It is not surprising that you will fall to buy this phone definitely after seeing its looks.

According to the report of Samsung Mobile, Galaxy Note 6 will have a USB Type-C port. However, it is still not clear whether USB 3.1 will be supported by this reversible port or not.

As per the report from Android Geek, the Galaxy Note 6 will have the same camera which Galaxy S7 has, yet there is big twists also that an infrared autofocus module will be included by it.

Samsung is trying to get some improvement upon autofocus, which is already greatly fast on the Galaxy S7 smartphone. According to a source, it is said that at present Samsung is examining two prototypes of Galaxy Note 6, one with a camera setup similar to the Galaxy S7’s and another one with IR autofocus.

Ultimately, Gizmo China tells us in a report that this August, this latest Note smartphone must be introduced at any point. This handset must have a 4,200 mAh battery, 6GB of RAM, Qualcomm Snapdragon 823 processor (upgraded version of Snapdragon 820), and a 5.8 inches display with 2K resolution. Possibly, this mobile phone will come with a 256GB capacity and it is going to happen for the first time for Samsung as it is already known that such storage is mass-produced by Samsung, yet it is still unclear what devices it will be suitable for. Additionally, as per this report, the handset will be carrying IP68 water and dust certification.

Considering these specifications are authentic, the Galaxy Note 6 possibly a better option for choosing over your present laptop, which is possibly how Apple would launch it if it were for making such a gadget.

Samsung anger many Note fans in Europe last year by not releasing the Galaxy Note 5 phone in the continent. We can’t comment on the reason why Korean giant chose to release only Galaxy S6 Edge+ in Europe and not the Note 5 device, at first. However, the Note 5 phone became available for the users in Europe as well. On the other hand, many early adopters were not happy with the fact that they were forced to pick up a smartphone with a curved screen when they wanted to get their hands-on a S Pen.

Now, there are reports that Samsung has learned from this torment and will never repeat the story of 2015 again. Also, the strategy of the company for its upcoming phone is exactly opposite in UK atleast. As per reports, the Korean giant will bring the Note 6 smartphone to UK from the beginning while on the other hand the Galaxy S7 Edge+ will never be released in the country. We can assume the same thing for continental Europe as well.

This information came out from a source which is reliable as one of the major UK networks. The reason for this change in the strategy of the company has to do totally with the blacklash from the Note fans in the country. Also, the sales reported from S6 Edge+ in UK were not upto the marks; this might be the reason why the users in the UK will not see the successor of S6 Edge+.

Samsung will release its upcoming Galaxy Note 6 phone sometime in August this year. Currently, the company is busy with the S7 and S7 Edge smartphones expected to be announced on 21st February, a day before the MWC event in Barcelona. Both these handsets will go on sale in early March.