A tech leaker on Twitter has now released a high quality render showing the upcoming Xperia C6 smartphone of Sony. According to this newly released render, the yet unannounced Xperia C6 will look like the Xperia C5 Ultra handset of the Sony, which was introduced in the mid of 2015.
Just like the C5 Ultra from the Korean giant, the upcoming Sony Xperia C6 will also get a near bezel-less display. It is expected that the new bezel-less display will help this phone to stand out against the crowd. A new render of the Xperia C6 handset was released by @OnLeaks, revealing that the image is constructed based on the factory schematics of this smartphone. 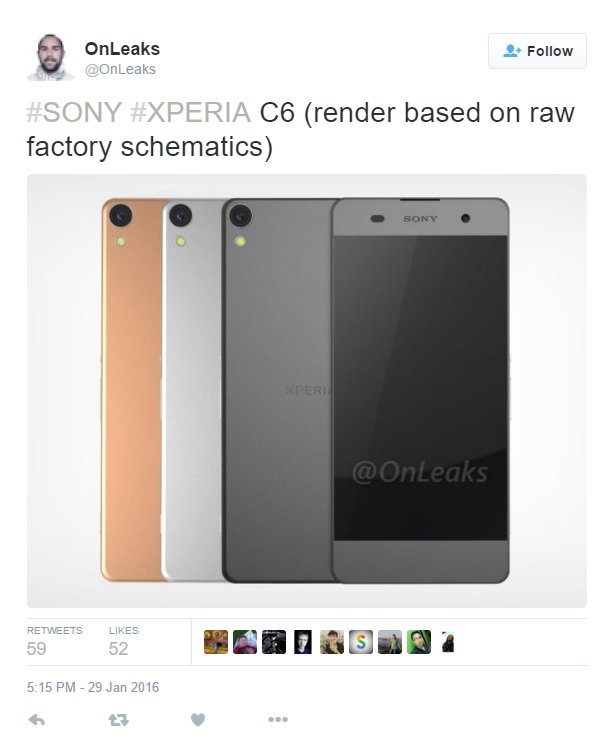 Currently, there is not much information available about this handset but it is revealed from the rumors that this smartphone will come powered by an octa-core processor. There is a MediaTek Helio P10 chipset under the hood, which is clocked at 2 GHz speed. According to the rumors, this upcoming phone from Sony will get a display between 5 to 6 inches with 1080 pixels resolution.
Sony might announce its new Xperia C6 at the MWC event in 2016, which will take place on 22nd Feb in Barcelona. Several other manufacturers are also expected to make some major announcements at the event.